(SCOTTSDALE, Ariz. – July 1, 2021) – Arizona House Bill 2241, known as the Holocaust Education Bill, passed in the Senate on Wednesday, June 30, ending a more than three-year effort to ensure Holocaust education is taught in Arizona’s public schools.  The bill, which unanimously passed the House of Representatives in early February, received a vote of 27 to 2 in the Senate.  HB2241 is now headed to Gov. Ducey’s office for signature.

It will now be law that Arizona’s public schools will be required to teach about the Holocaust and other genocides at least twice between 7th and 12th grades. In anticipation of this mandate, the Phoenix Holocaust Association (PHA) spearheaded a task force to develop resources for teachers on the Holocaust and several other genocides including Armenia, Rwanda, Bosnia, and Native Americans.  Co-chaired by PHA President Sheryl Bronkesh and Kim Klett, a Dobson High School teacher and Holocaust educator, the task force included professors from all three state universities and several community colleges, Holocaust survivors, and authors. The toolkit can be accessed here: https://www.azed.gov/standards-practices/holocaust-and-genocide

“The Phoenix Holocaust Association has worked tirelessly these past several years to ensure that this education bill was passed,” said Bronkesh.  “It is especially significant as there are several of Arizona’s Holocaust survivors who testified before the committee, and who have witnessed this bill become a law.  Sadly, there were others who have died in the past years who are not here to rejoice in this milestone.”

In October 2020, the Arizona Board of Education made a rule change that requires students to receive instruction on the Holocaust at least twice during their secondary school career.

“That was a good first step,” said Bronkesh. “But we wanted something more. A codified Holocaust education law would clarify misconceptions that today’s students may have about World War II, such as how it started, who the perpetrators were and how many people were killed.”

In January 2021, Rep. Alma Hernandez, D-Tucson, reintroduced a bill that would require Arizona schools to teach students about the Holocaust at least twice from the seventh to the 12th grade.

“We are thrilled that Rep. Hernandez has worked with us on this critically important piece of legislation,” said Bronkesh. “The ultimate goal is for students to become upstanders, not bystanders, so that when students see bigotry and hatred, they will understand what those ramifications could mean down the road.”

Included in this education bill will be the requirement to discuss other genocides in addition to the Holocaust.

According to Rep. Hernandez, “It has been an honor to work with PHA and survivors throughout Arizona to ensure that this bill would finally become law. This is a big win for our community. We were told many times that it wouldn’t be possible, and today I am proud to say it is officially done, and we couldn’t have done it without the help and support of our survivors and their families. Knowing that all Arizona students will learn about the Holocaust gives me hope and restores my faith in humanity because we must teach the past to ensure it never happens again. I can finally say I have never been prouder to be an elected official and a Jew in Arizona.”

About the Phoenix Holocaust Association

The Phoenix Holocaust Association was incorporated in 1985 as a 501(c)(3) not-for-profit organization.  PHA is a partnership of Holocaust survivors, their descendants and the larger community, whose mission is to honor the memory and legacy of the survivors and victims, promote awareness of the Holocaust, provide education of this and other genocides, and contribute to tikkun olam, repair of the world.  www.phxha.com. 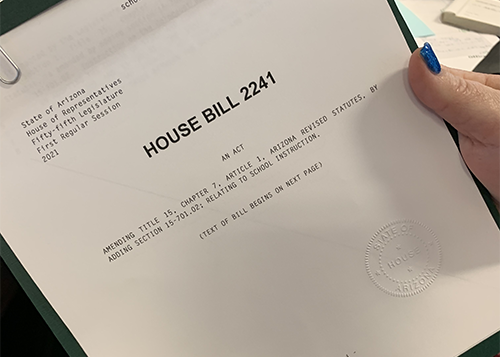 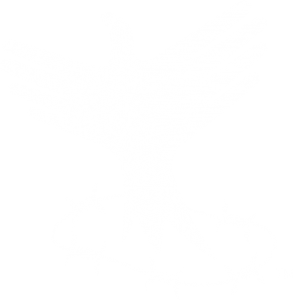