Generations After ‘No Greater Love…’ 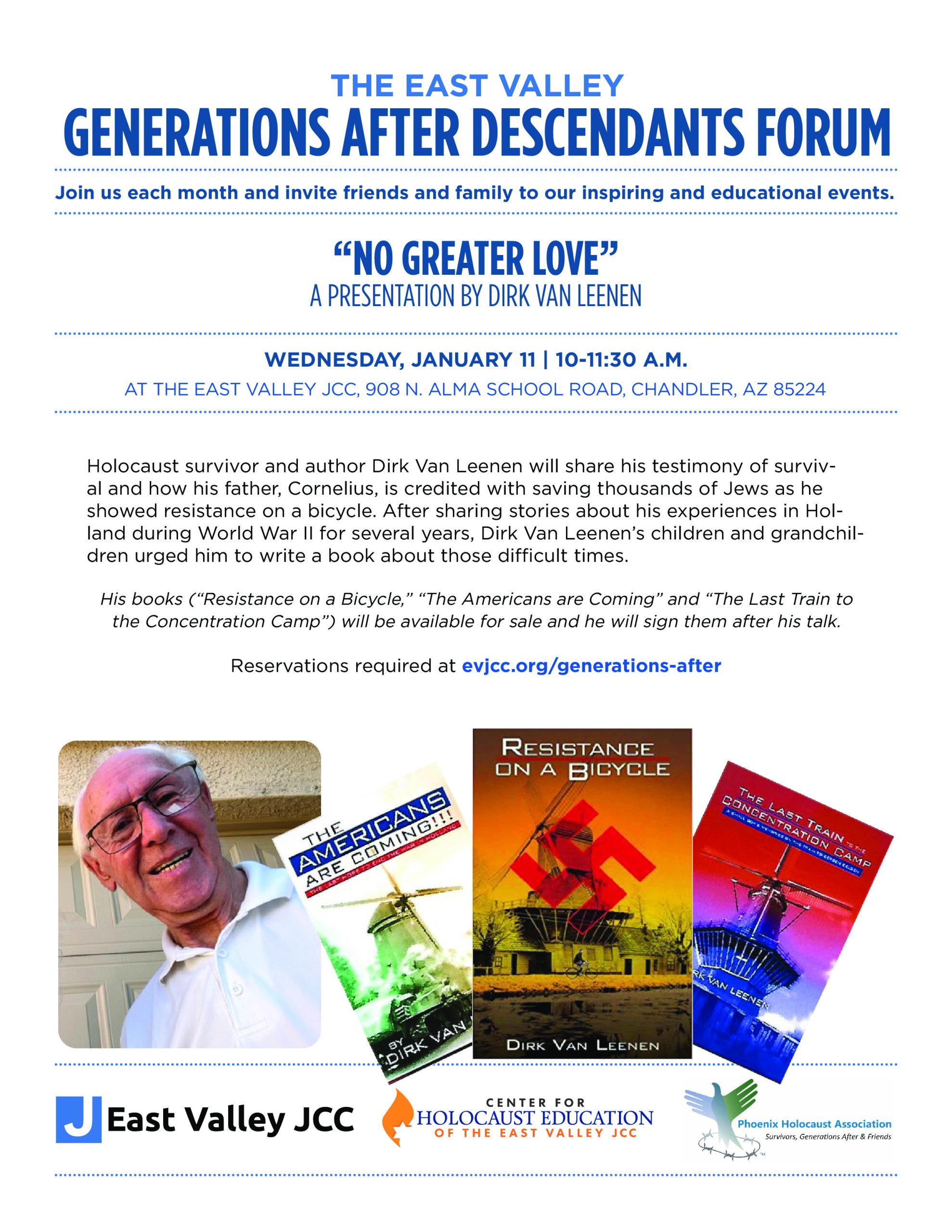 The free program will be held at the East Valley JCC. Refreshments will be provided. Reservations are required.

Dirk Van Leenen was born in 1940 just after the war had begun in The Netherlands.

He has several degrees in horticulture and floral design and has spent his life working with flowers. At the University of Leiden, he studied English and he worked a number of years in Holland as an English teacher. For years, he used to tell stories about his experiences during the Second World War in Holland and his children and grandchildren always urged him to write a book about those difficult times.

His books include “Resistance on a Bicycle,” “The Americans are Coming” and “The Last Train to the Concentration Camp.” Books will be available for sale and signing after his presentation.

During this program, Dirk will provide his testimony of survival, and how Dirk’s father, Cornelius, is credited with saving thousands of Jews as he showed resistance on a bicycle. Additionally, Dirk was on the last train to Bergen-Belsen and was there for one day before liberation.

He is married to Cynthia June Van Leenen. The couple have seven children and 17 grandchildren and live in Arizona.