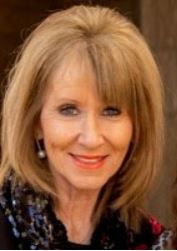 Register below to receive the link. The topic is the “Holocaust by Bullets” exhibit. Learn more about the exhibit There is no Zoom link in this email. To Register for Zoom Link you must go to the EVJCC page. https://www.evjcc.org/generations–after/

Doris Lazarus is the proud daughter of two Holocaust survivors. Both of her parents survived the ghetto, over 2 years in Auschwitz-Birkenau, the death march and subsequent camps. Together they survived a total of 7 death camps. They met and married in a Displaced Persons camp 1 year after liberation.  Doris has dedicated her life to Holocaust education and remembrance.  She worked for Steven Spielberg’s Shoah Foundation from 1993-1997 and interviewed over 125 Holocaust survivors from the Midwest as part of that project.